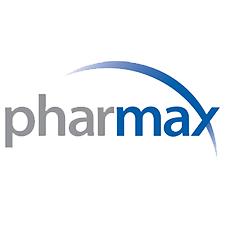 Nutritional medicine has been practiced throughout history, ranging from the ancient Greeks and Egyptians to traditional Chinese medicine. From this early start, there was a realization that there were certain components which appeared to be essential in order to prevent disease. These theories began to evolve during the 1600-1700’s. Various experiments and observations over the following two centuries finally lead to the concept of “essentiality” – certain nutrients being absolutely necessary for the growth, health and survival of the human species. The establishment of the essentiality of certain nutritional factors has been pivotal in the progression of nutritional science. Moreover, a key result was the establishment of the daily average intake levels of these nutrients. This methodology resulted in the establishment Recommended Daily Allowance (RDA) and Recommended Daily Intake (RDI) figures for nutrients.
Nutritional science has progressed to a more forward looking and ultimately more beneficial viewpoint of identifying the optimum nutrient levels required to provide maximum health, disease-prevention and physiological benefit.This has come about through the huge increase in scientific evidence. Coupled with this is the fact that Western dietary habits result in some nutrients being chronically deficient, and the only practical way of making up this deficit is to augment with nutritional or botanical supplements. It is in recognition of this that the Pharmax brand was established. Utilizing research with the latest published science, Pharmax is continuously looking at improving or adding efficacious products to the range of nutritional products available to the healthcare practitioner.
See Products Available in Shop