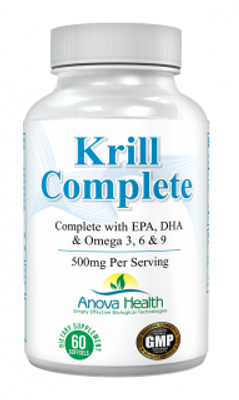 Anova Health Krill Complete is the superior source of Omega 3 fatty acids. It contains a rich supply of EPA and DHA –more abundant than fish oil. Omega 3s in fish oil are found in triglyceride form whereas in krill oil the Omega 3s are linked in phospholipid form which is the same structure as the fat cells in the human body. This makes absorption faster and easier since there are no conversions to be made unlike fish oil.

Anova Health Krill Complete is rich in astaxanthin, a carotenoid cousin to beta carotene that many key benefits for optimal health needs such as cardiovascular function, skin wellness, optical health, muscle endurance and immune health. As a potent defender against oxidative stress, astaxanthin is at the forefrontthe antioxidant properties of astaxanthin in krill exceed those of vitamin E, coenzyme Q10, beta carotene and most other carotenoids. As well, many believe that the antioxidant effects of astaxanthin also support cognitive function. Anova Health Krill Complete astaxanthin for support against oxidative stress generated by free radical activity throughout our body. 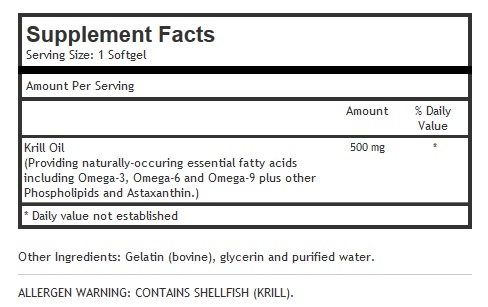