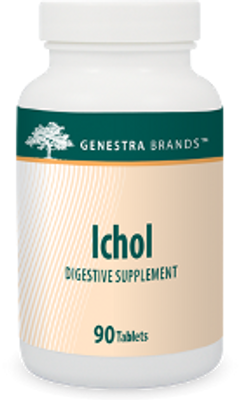 Additional product info: Choline is a dietary component that is essential to the normal function of all cells . It (or its metabolites) assures the structural integrity and signalling functions of cell membranes; in addition, it is the major source of methyl groups in the diet (one of choline’s metabolites, betaine, participates in the methylation of homocysteine to form methionine), and it directly affects cholinergic neurotransmission and the transport of lipids from the liver. One of the functional consequences of dietary choline deficiency in humans is the development of liver damage (ie, elevated serum aminotransferase concentrations; and muscle damage (ie, elevated serum creatine phosphokinase concentrations. Choline deficiency has also been associated with DNA damage. The objective of a study was to ascertain whether lymphocytes from choline-deficient humans had greater DNA damage and apoptosis than did those from choline-sufficient humans. Fifty-one men and women aged 18–70 years were fed a diet containing the recommended adequate intake of choline (control; 550 mg choline per 70 kg body weight per day) for 10 days. They then were fed a choline-deficient diet for up to 42 days before repletion with 138–550 mg choline/day. All subjects fed the choline-deficient diet (? 50 mg choline per 70 kg body weight per day) had lymphocyte DNA damage, as assessed by COMET assay, twice that found (tail moment) when they were fed the control diet. The subjects who developed organ dysfunction (liver or muscle) when fed the choline-deficient diet had significantly more apoptotic lymphocytes, as assessed by the activated caspase-3 assay, than when fed the control diet. A choline-deficient diet increased DNA damage in humans. Subjects in whom these diets induced liver or muscle dysfunction also had higher rates of apoptosis in their peripheral lymphocytes than did subjects who did not develop organ dysfunction (5). Choline is also the precursor for the neurotransmitter acetylcholine and for phosphatidylcholine, a structural component of very-low density lipoprotein (VLDL), which is essential for normal lipid-cholesterol transport. Choline is the precursor for betaine, but the effects of choline supplementation on plasma total homocysteine (tHcy) concentrations in healthy humans are unknown. The objective of a crossover study was to investigate whether supplementation with phosphatidylcholine, the form in which choline occurs in foods, reduces fasting and postmethionine-loading concentrations of plasma tHcy in healthy men with mildly elevated plasma tHcy concentrations. 26 men ingested ?2.6 g choline/day (as phosphatidylcholine) or a placebo oil mixture for 2 weeks in random order. A high daily dose of choline, supplemented as phosphatidylcholine, lowers fasting as well as postmethionine-loading plasma tHcy concentrations in healthy men with mildly elevated tHcy concentrations (6).

Dandelion root is traditionally used in Herbal Medicine to help increase bile flow (cholagogue) and as a diuretic at 1.5-24 Grams per day, dried root (8).