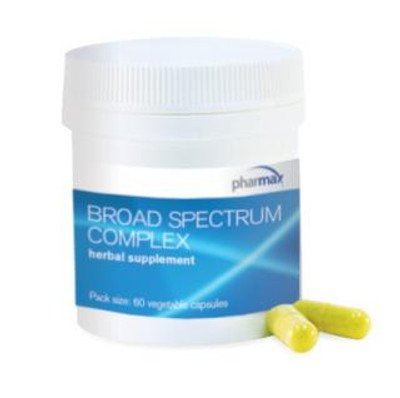 Additional product info:
To evaluate the antisecretory activity of berberine sulfate (BS), 165 adult patients with acute diarrhea due to enterotoxigenic Escherichia coli (ETEC) and Vibrio cholerae were studied in randomized controlled trials. In patients with ETEC diarrhea who received 400 mg of BS in a single oral dose, the mean stool volumes were significantly less than those of the controls during three consecutive 8-hr periods after treatment. At 24 hr after treatment, significantly more patients who were treated with BS and had ETEC diarrhea stopped having diarrhea as compared with the controls. In patients with cholera who received 400 mg of BS, the mean 8-hr stool volume during the second 8-hr period after treatment declined to 2.22 liters, which was significantly less than the 2.79 liters found in the controls. These results indicated that BS is an effective and safe antisecretory treatment for ETEC diarrhea, whereas the activity against cholera is slight and not additive with tetracycline (1).

In a randomised study, 210 patients who were Helicobacter pylori (HP) positive in biopsy were assigned to seven treatment groups (each group consisting of 30 patients). The first group (Group I) was given standard eradication treatment (lansaprasol 30 mg bid, clarithromycin 500 mg bid, amoxicillin 1 g bid for 14 days). Second group (Group II) received Ascorbic acid (AA) 1000 mg/day in addition to the standard treatment. Third group (Group III) received only AA 1000 mg/day for 14 days. Fourth group (Group IV) was treated with standard regiment plus 120 mg/day Beta-carotene (BC). Fifth group (Group V) was given only BC 120 mg/day for 14 days. Sixth group (Group VI) was given standard regiment and allicin 4200 micrograms/day. Seventh group (Group VII) received only Allicin 1200 micrograms/day for 14 days. The eradication was achieved in 20 (66.6%) in Group I, 15 (50%) in Group II, 3 (10%) in Group III, 15 (50%) in Group IV, 0 (0%) in Group V, 27 (90%) in Group VI and 7 (23.3%) in Group VII. Allicin seemed to be a potentially effective agent for HP eradication but ascorbic acid and beta caroten were found to be ineffective (2).
Garlic bulb at 0.5-12 grams per day is traditionally used in Herbal Medicine to help relieve the symptoms associated with upper respiratory tract infections and catarrhal conditions, used in Herbal Medicine to help reduce elevated blood lipid levels/hyperlipidaemia in adults and to help maintain cardiovascular health in adults (3). In a single-blind, placebo controlled study, lipid profiles of 150 hyperlipidemic were checked at the same conditions. They were divided into three equal groups randomly and they were given enteric-coated garlic powder tablet (equal to 400 mg garlic, 1 mg allicin) twice daily, anethum tablet (650 mg) twice daily, and placebo tablet for 6 weeks. In the garlic group, total cholesterol and LDL-cholesterol decreased significantly while HDL-cholesterol increased significantly (4).
Goldenseal (dried root and rhizome) at 0.6-3 grams per day is traditionally used in Herbal Medicine to help alleviate infectious and inflammatory conditions of the digestive tract such as gastritis, as a bitter to aid digestion, as a bitter to increase appetite, to help relieve digestive disturbances such as dyspepsia and as a mild laxative (5).