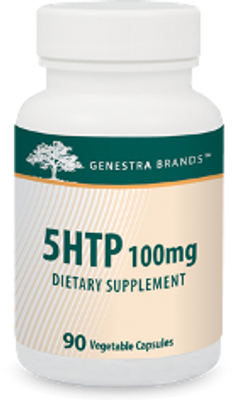 Additional product info: Evidence has accumulated suggesting that brain serotonin has an inhibitory influence on eating behaviour both in animals and humans. Reported studies in favor of a possible role played by the serotoninergic system in the pathogenesis of anorexia present in different diseases further support this idea. Changes in the metabolism of brain serotonin in animals experiencing different nutritional states have been reported. Food deprivation producing a marked increase in serotonin metabolism in the lateral hypothalamus may reflect changes in the availability of brain tryptophan; this in turn constitutes a potential mechanism by which behavioral responses are coordinated with nutritional inputs. A variety of different direct- and indirect-acting agonists at central serotonin synapses such as dexfenfluramine and fluoxetine have been shown to cause weight loss as well as a marked reduction in food intake in obese subjects. However, the administration of both drugs caused a high incidence of side effects. Evidence shows that in obese hyperphagic patients, the oral administration of 5-hydroxy-tryptophan (5-HTP), the direct precursor of serotonin, is effective in reducing energy intake and in enhancing patients' compliance to a hypoenergetic diet (3). 20 obese patients were randomly assigned to receive either 5-HTP (900 mg/d) or a placebo for two consecutive 6-wk periods. Significant weight loss was observed in 5-HTP-treated patients during both periods. A reduction in carbohydrate intake and a consistent presence of early satiety were also found. The results of this study seem to confirm the specific role played by the serotoninergic system in the regulation of feeding behavior in humans. The administration of 5-HTP was in fact followed by a reduction of both daily total energy and carbohydrate intakes followed by a significant loss of body weight (4). These results confirmed data of a previous study of shorter duration (5 weeks) in which obese adult females were administered 8 mg/kg/day 5-HTP (5). Finally, 25 overweight non-insulin dependent diabetic outpatients were enrolled in a double-blind, placebo-controlled study, and randomized to receive either 5-HTP (750mg=d) or placebo for two consecutive weeks, during which no dietary restriction was prescribed. The results obtained in the study show that in these patients, oral administration of the serotonin precursor, 5-HTP, decreases total energy intake by predominantly inhibiting carbohydrate intake, resulting in a reduction of body weight (6).

An open-label trial assessed the clinical efficacy of L-5-hydroxytryptophan (5-HTP) in non-depressed young subjects with high levels of romantic stress. Since both neurotrophins and serotonin have been linked to human romantic attachment, the study sought to investigate the changes in serum brain-derived neurotrophic factor (BDNF) levels and platelet serotonin content in relation to the changes in romantic stress throughout the study. A total of 15 healthy subjects (11 females and 4 males) who experienced a recent romantic break-up or reported recent romantic problems took part in the study. The participants were treated openly for 6 weeks with 5-HTP (60 mg Griffonia simplicifolia extract containing 12.8 mg 5-HTP b.i.d.). Significant improvements in romantic stress scores from weeks 0 through 3 were observed, while no further change occurred for the remaining of the study. At 6 weeks, subjects had a significant increase from baseline in both BDNF and platelet serotonin values. These data suggest that direct modulation of the serotonergic system may have use for the treatment of psychological suffering associated with unreciprocated romantic love (7). A double-blind, random-ordered comparison of the effects of placebo and 5-hydroxytryptophan (200 mg, orally) in ten patients with seasonal affective disorder (SAD) and ten controls disclosed slightly but significantly higher basal levels of serum prolactin and a trend toward higher basal levels of serum cortisol in the patients with SAD compared with controls. After administration of 5-HTP, the cortisol level significantly increased and the prolactin level significantly decreased in both patients and controls (8).