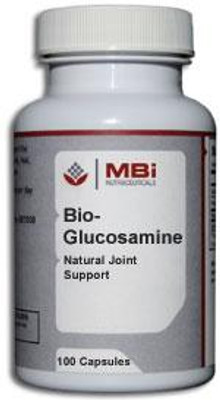 Support the joints. Ease pain and stiffness and hold off the effects of aging with Bio-Glucosamine. Glucosamine is an effective, natural way to relieve joint pain.

Glucosamine sulfate is a small and simple molecular building block used to aid body builders and athletes with joint pain by helping to repair and lubricate the cartilage around damaged joints.

Not only can those who suffer from joint pain benefit from glucosamine sulfate intake, but athletes and bodybuilders can greatly benefit as well. Nearly everybody who trains with weights may have a tendency to overuse certain joints, and consequently, glucosamine can help to regain cushioning, protecting cartilage around joints.