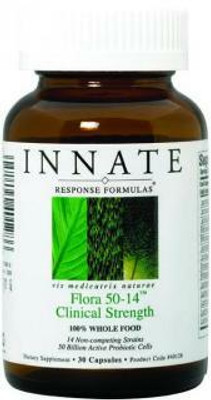 The human digestive system consists of several organs: these include the stomach‚ large intestines‚ and small intestines. However‚ you may not know that there are certain organisms that live in your digestive system and aid in the digestion process. These organisms are scientifically known as gut flora or microbiota; they consist of fungi‚ protozoa‚ and bacteria. Sometimes these organisms‚ which occur naturally within your body‚ are referred to as the “forgotten digestive organs”‚ as very little attention is paid to them. They are responsible for immune system maintenance‚ regulating the development of the intestines‚ preventing the growth of disease-causing bacteria‚ and the fermentation of unused energy substances. A decline in the amounts of these organisms can cause you to experience reduced immune system efficiency‚ slow intestinal growth‚ and constipation. To curb this‚ most people will use antibiotics‚ surgery‚ and laxatives. Using supplements is another option. Innate Response Formulas’ Flora 50-14 is a non-invasive probiotic‚ meaning that it’s a live microorganism that has been deemed useful to another organism. It’s a good source of 14 bacterial strains that are extremely important in the gut. These capsules have also been designed to increase the population of gut flora‚ while promoting its growth in the small and large intestines. The bacteria introduced into the body via this formula enhance detoxification‚ which helps get rid of toxic waste‚ as well as aiding in the production of nutrients and their absorption into the body parts that need them. Flora 50-14 contains three primary types of probiotic bacteria: Bifidobacterium‚ a class of bacteria that is responsible for boosting the immune system‚ enhancing good digestion‚ and producing acetic and lactic acids that regulate intestinal pH Lactobacillus‚ which is used to eliminate of disease-causing bacteria Streptococcus thermophilus‚ which aids in the fermentation of unused energy substances