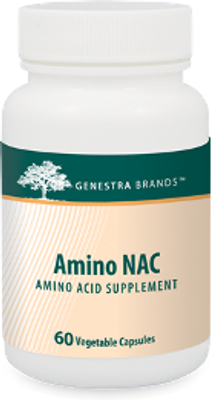 Additional product info: The effect of N-acetylcysteine (NAC) supplementation on parameters of oxidative damage and inflammatory response after high-intensity eccentric exercise (EE) were evaluated. 29 participants were randomly selected to receive either placebo, NAC supplementation (10 mg/kg body weight per day) or NAC plus placebo. Results showed a significant increase in muscle soreness in all the groups on the 2nd day after EE and a decrease in the following days. A significant increase was observed in malondialdehyde and carbonyl levels on the 4th and 7th days after EE in all groups. TNF-? increased significantly on the 2nd day after eccentric exercise and decreased in the following days irrespective of NAC supplementation; concentration of IL-10 increased significantly on the 4th day in all groups. Only the supplemented groups maintained high levels of IL-10 on the 7th day after EE. The results suggest that treatment with NAC represents an important factor in the defense against muscle soreness and has different effects on oxidative damage and pro- and anti-inflammatory cytokines (2). Oxygen-sensing chemoreceptors contribute significantly to the regulation of the respiratory drive and arterial PO2 levels. The hypoxic ventilatory response (HVR) decreases strongly with age and is modulated by prolonged hypoxia and physical exercise. Several earlier studies indicated that the regulation of the ventilatory response and erythropoietin (EPO) production by the respective oxygen sensors involves redox-sensitive signaling pathways, which are triggered by the O2-dependent production of reactive oxygen species. The hypothesis that HVR and EPO production are modulated by thiol compounds or changes in the plasma thiol-disulfide redox state (REDST) was investigated. Subjects received either 200 mg of NAC, three times a day or placebo for 5 days. It was demonstrated that both responses are enhanced and that HVR is correlated with plasma thiol level and REDST. Results suggest the possibility that age-related changes in plasma REDST may account for the age-related changes in HVR (3).

Forced Expiratory Volume in one second (FEV1) is used for the classification of disease severity. However, it is a poor predictor of clinical symptoms, exercise tolerance, and response to bronchodilators. Progressive reduction in inspiratory capacity (IC) during exercise reflects dynamic hyperinflation and is a good predictor of decreased exercise ability as well as increased exertional dyspnea. A study examined the effect of 1,200 mg/d of NAC on lung hyperinflation at rest and after exercise. IC and Forced Vital Capacity (FVC) were higher especially after exercise after NAC treatment compared with placebo treatment. In addition, the relationship of residual volume to total lung capacity was reduced in a similar pattern. Furthermore, endurance time was longer after NAC treatment compared with placebo treatment. NAC treatment of patients has a beneficial effect on physical performance, probably due to a reduction in air trapping (4).