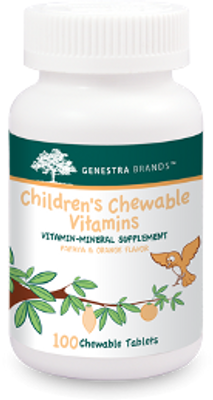 Vitamin A refers to a subclass of retinoic acids long understood to help regulate immune function. Vitamin A is required for normal functioning of the visual system, maintenance of cell function for growth, epithelial integrity, production of red blood cells, immunity, and reproduction. Different forms of vitamin A include ? carotene, which is found in plants, and preformed vitamin A, which is found in animal sources. Vitamin A is an essential nutrient that cannot be synthesized so it must be obtained through diet. Vitamin A deficiency increases vulnerability to a range of illnesses. A meta-analysis which included 215 633 children concludes that Vitamin A supplementation (as per WHO recommended dose (up to 100 000 IU for children aged 6-11 months and 200 000 IU for children aged 1-5 years)) is associated with large reductions in mortality, morbidity, and vision problems in a range of settings, and these results cannot be explained by bias. Further placebo controlled trials of vitamin A supplementation in children between 6 and 59 months of age are not required (4).

Calcium and the vitamin D hormonal system are both essential for the development and maintenance of skeletal health. Calcium plays a vital role in neuromuscular function, many enzyme-mediated processes, blood clotting and in providing rigidity to the skeleton by virtue of its phosphate salts. Over 99% of the bodys calcium is stored in the bone, where, apart from providing mechanical strength, it serves as a mineral reservoir that can be drawn upon to maintain normal plasma calcium. Vitamin D is required to maintain normal blood levels of calcium and phosphate, which are in turn needed for the normal mineralization of bone, muscle contraction, nerve conduction and the general cellular functioning of all body cells. Vitamin D, derived from both endogenous (skin) and exogenous (diet) sources, is converted into 25OHD in the liver and then into 1,25(OH)2D in the kidneys. The latter metabolite controls calcium absorption. However, plasma 25OHD closely reflects vitamin D nutritional status, and because it is the substrate for the renal enzyme that produces 1,25(OH)2D, it could have mainly an indirect and also a direct effect on calcium absorption. A vitamin D shortage would reduce the intestinal absorption of calcium, which could worsen if the diet is deficient of this element (5). Vitamin D deficiency and rickets in developing countries continues to be a major health problem. Additionally, the increase of cases of rickets in children of some ethnic groups in the United States and European countries has provided this issue to be updated. In 2005, a nationwide prevention program for vitamin D deficiency was initiated, recommending 400 IU of vitamin D per day. In 2010, a study was designed to gain insight about the efficacy of the prevention program. Eighty-five infants who were recalled as part of the national screening program for congenital hypothyroidism between February 2010 and August 2010 at Kocaeli University Childrens Hospital were evaluated in terms of their vitamin D status. The authors conclude that 400 IU/day vitamin D seems adequate to prevent vitamin D deficiency (6). An 18-months randomized trial of calcium supplementation (792 mg/d) with follow-up 2 years after supplement withdrawal was conducted to determine whether girls with low habitual calcium intake benefited from supplementation with a soluble form of calcium (calcium citrate malate dissolved in a fruit drink). Subjects were 96 girls (mean age: 12 y) with low calcium intakes (mean: 636 mg/d). The main outcome measure was change in total-body, lumbar spine, and total hip bone mineral content (BMC) during supplementation and 2 years after supplement withdrawal. Calcium supplementation of white girls with low calcium intake results in increases in the BMD of the lumbar spine, total hip, and total body. This effect appears to be mainly due to the suppression of parathyroid hormone (PTH) and, hence, to bone remodeling (7).

Besides being a major threat to safe motherhood, iron deficiency anemia (IDA) in adolescent girls contributes to poor growth, lowered resistance to infections, poor cognitive development and most importantly, decreased work capacity. In IDA, physical work capacity (PWC) is compromised due to decrease in hemoglobin, which reduces the availability of oxygen to the tissues, and hence certain tissues and organs that require much oxygen like heart may suffer, resulting in diminished capacity to perform energy consuming tasks. The concentration of myoglobin in skeletal muscle is reduced limiting the rate of diffusion of oxygen from erythrocytes to mitochondria. Thus, work output, endurance and maximal work capacity are impaired in iron deficient states. The impact of intermittent (once and twice weekly) and daily intermittent iron-folate (IFA) supplementation on physical work capacity of underprivileged schoolgirls (n=163) in early adolescence (9-13 years) in Vadodara was studied in a randomized controlled trial. Three randomly selected schools were given IFA tablets (100 mg elemental iron + 0.5 mg folic acid) either once weekly or twice weekly or daily for one year. The fourth was the control school. The findings of the study indicate that among the intervention groups (as compared to controls), the IFA-Daily group showed the maximum impact followed by IFA-2Wkly as regards improvement in PWC in terms of significantly higher increase in the number of steps climbed and improvement (reduction) in recovery time (RT). IFA-1Wkly showed least impact; though it was better than control (8). The same authors report that IFA supplementation given daily and twice weekly significantly improved cognition in most of the studied tests; the effect was not seen in once-weekly or control groups. In daily and twice weekly IFA groups, positive change in cognition test scores was relatively higher in girls with good compliance (>70% dose) vs. poor compliance; in anemic (haemoglobin <11 g/dL) vs non-anemic girls and in those with higher hemoglobin (Hb) gain (>1g/dL) vs. lower Hb gain (9).

Adequate zinc status is critical for immune function. Zinc deficiency reduces generation of T cells, depresses humoral and cell-mediated immunity, leads to lymphopenia and thymic atrophy, and increases the frequency and number of infections (10). About 30% of the worlds population is zinc deficient, most prevalent in children under 5 years of age in developing countries. Zinc deficiency is associated with impaired immune function which results in an increase in morbidity due to infections, growth retardation, hypogonadism and cognitive dysfunction. A meta-analysis reports that zinc supplementation for greater than 3 months results in reductions in diarrhea and pneumonia mortality in children less than 5 years of age in developing countries (11). Another meta-analysis suggests that zinc supplementation has a positive effect on linear growth, especially when supplemented alone. Zinc supplementation in a dose of 10 mg/day for duration of 24 weeks led to an increase gain in length by 0.37 cm among children < 5 years of age in developing countries compared to controls (12). The NHPD recommendations for choline intake in children over 1 years of age and in adolescents is up to 1 grams daily (13).

Attributes of Childrens Chewable Vitamins covered by the NHPD Monographs: Multi-vitamin/mineral supplement to support tissue formation, normal growth and development. An antioxidant and a factor in the maintenance of good health; helps the body to metabolize carbohydrates, fats and proteins; helps in the absorption and use of calcium and phosphorus; helps to produce and repair connective tissue; helps to form red blood cells and helps in their proper function; helps in the development and maintenance of bones, cartilage, teeth, gums and night vision; helps in wound healing; helps to maintain proper muscle function; helps in the function of the thyroid gland; helps to maintain eyesight, skin, membrane and immune function (14).